Should the wife and her mother pay for the husband’s legal fees?

In Edson & Whitney and Another [2020] Justice Rees considered an application by the husband for litigation funding from the wife and from the wife’s mother.

The substantive proceedings involved the wife claiming that each should keep what they had (essentially the wife owing her mother a sum greater than her assets – and the husband keeping his superannuation of $429,000). The husband was seeking to set aside any purported loan documents with the wife’s mother – and a split of the then remaining assets.

The husband’s application in relation to litigation funding was that the wife’s mother should pay him $180,000 or in default that the wife should refinance and obtain a mortgage over her real property – with her mother to waive her security over that property for that purpose. The husband sought, in a further alternative, that the wife fund any costs of the litigation up front. And at the hearing the husband sought a “dollar-for-dollar” order against the wife – that he receive the same sum that the wife spends on the trial (including for experts) – apparently supported by section 117(2) of the Family Law Act.

Justice Rees, in dealing with the claim against the wife’s mother, relied on the High Court’s statement in Knight v FP Special Assets Ltd (1992): “That category of case consists of circumstances where the party to the litigation is an insolvent person or man of straw, where the non-party has played an active part in the conduct of the litigation and where the non-party, or some person on whose behalf he or she is acting or by whom he or she has been appointed, has an interest in the subject of the litigation. Where the circumstances of a case fall within that category, an order for costs should be made against the non-party if the interests of justice require that it be made.”

Justice Rees also cited the Full Court of the Family Court’s statement in McAlpin & McAlpin [1993] that the Court should consider the option of an order against a ‘third party’ with “great caution”.

Justice Rees found that there was no evidence to suggest that the mother had provided the wife with any funds for her legal costs for these proceedings and dismissed the husband’s claim against the wife’s mother.

In relation to the husband’s claim that the wife’s mother should waive her security over the wife’s real property Justice Rees determined that the husband’s only substantial asset was his interest in his superannuation fund and therefore was not in a position to ever compensate the wife’s mother if the husband was to be unsuccessful in the substantive proceedings. Because of that finding Her Honour did not look into whether the Court had the power to make such an order.

Dealing finally with the claims against the wife Justice Rees found that there was no evidence to support the supposition that the wife had the power to fund any such payments (either in the form of funding mortgage repayments or in funding it directly). 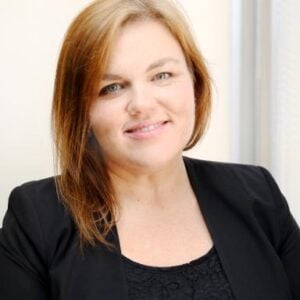