A recent case in the Federal Circuit Court has highlighted the dangers for people entering into spouse maintenance Court Orders.  Spouse maintenance is a form of ongoing financial support under The Family Law Act, whether it is for a set period, or ongoing.

The Family Court has the power to make such orders as it considers proper for the provision of maintenance to an applicant.  This applies to both marriage and de facto relationships.

Spouse maintenance is available, in certain circumstances, to applicants who come to the Court asking for financial support from their former spouse, because they are unable to support themselves because of their age, state of health, income and financial resources including the ownership of property, the care of children of the relationship, their standard of living, need for protection for their role as a parent and other matters set out in the legislation.  When making a decision about whether spouse maintenance should be payable, the Family Courts must disregard any entitlement the applicant has to an income tested pension, allowance or benefit.  Spouse maintenance can be payable where the applicants needs can be met by the resources of their former spouse.

In a 2019 case of Blevins, property settlement orders were made in 1999 which included periodic spousal maintenance payments of $750 per month, payable for 10 years.  When that order expired in 2009, the parties to the agreement consented to a further order that the husband pay one final lump sum amount of maintenance of $275,000.

In 2019, more than 20 years after the parties had separated, the wife’s pension entitlements changed, such that she was no longer entitled to that pension.  The wife was then aged 69 and not able to work.  The wife’s other savings and assets were not sufficient to meet her reasonable needs.  The husband had remarried and was then aged 71.  Not surprisingly, the husband argued that the wife’s application should be dismissed on the basis that they had entered into final property settlement orders including the lump sum amount in 2009.  The husband further argued that as it had been well over 12 months since the date had divorced, the wife should not be entitled to make any further claim for spousal maintenance.

While the wife was not successful in arguing that there was a spousal maintenance order in force at the date of the Court application, Judge Baker did accept that the original 1999 maintenance order could be revived under Section 83 of The Family Law Act.  Accordingly, the case was sent back for hearing and the making of the lump sum payment in 2009 was found not to be the final end to the case.

The lesson to be learned from cases such as Blevins is that spousal maintenance orders can be extended, varied or revived once an order has been made, and should only be entered into in the most serious of cases.  While spousal maintenance can be a very important tool in providing support to a person who is in real financial need and where their former spouse has the capacity to pay them that maintenance, such orders can have very long lasting and unintended consequences. 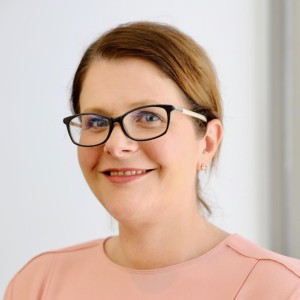 PrevPreviousBlended families – the importance of having a Will
NextGet Ready to Review Your Contracts – Unfair Contract Terms to be Amended!Next