Carrying on from recent articles published by the Mullane & Lindsay Family & Relationships Law team on the recent recommendations arising from the ALRC’s Family Law Review, we now consider recommendation number 5.

This recommendation proposes that s.60CC of the Family Law Act, which outlines how a Court determines the best interests of a child, be “slimmed down” from 16 considerations – broken into primary and additional considerations – to just 6.

The 6 proposed considerations are:

The Report (and its recommendations) does not indicate whether there is any priority in the application of the 6 considerations.

The current parenting provisions set out in the Family Law Act have been described by at least one judge as “practically impenetrable for the average person”.  As such, the rationale behind the recommendation is to simplify the process and the considerations, so it can be better understood by the people affected by it.

The proposed considerations provide a greater emphasis on “carers” as opposed to “parents” and does not attempt to define who may be considered as “significant to the child”; unlike the current provision.

It also extends the considerations with respect to safety to unambiguously include the safety and wellbeing of carers as well as the child; as opposed to the current provisions which make reference only to the need to protect the child.  This is consistent with the aim of the recommendations and overall outcome seeking better protection to individual litigants and their children.

It also adds a new element of assessing a carer’s “ability and willingness to seek support to assist with caring for a child“, which is an extension of the current provision which simply considers the current “capacity” to provide for the child’s needs.

Interestingly, the recommendation removes the explicit consideration of whether a parent has provided financially for a child; the practical difficulty and expense of a child spending time with and communicating with a parent; and what order is least likely to lead to the institution of further proceedings in relation to the child.  It is also removes any mandated consideration of a child’s cultural heritage (including Aboriginal and Torres Strait Islander culture) and any family violence order (however each of these issues could easily be captured in the “catch all” provision relating to the particular circumstances of the child).  Further, recommendation number 6 makes reference to how a Court may determine appropriate arrangements for an Aboriginal or Torres Strait Islander child, and we will address this in a subsequent article.

In practical terms, the issues which the Court would consider under the recommendation would not change remarkably from those currently considered; but it would revamp the way in which the Court’s reasoning is framed.  In our view, the recommendation would allow the legislation to better address the diverse types of families involved in the family law systems, and various circumstances of those families. 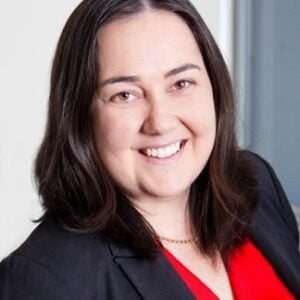 PrevPreviousWhat is the difference between an Agreement and a Deed?
NextSliding Doors; the Impact of Section 5D(3)Next