Since the Covid pandemic commenced 2 of my sons have tied the knot, but not without having to negotiate Covid related issues.  One wedding was postponed; deposits were forfeited and then lost; lockdowns preceded and then immediately followed the big event.  Another son and daughter-in-law eloped – seizing the day and snubbing their noses at Covid frustrations.   They were married on zoom, and whilst all of their friends and family watched each other watching each other, they were blissfully wed, not knowing that bad reception had prevented everyone other than their 2 witnesses from witnessing their joyous occasion.

A recent study on marriages has been published by the Australian Institute of Family Studies and it seems that my family is punching above its weight in the marriage statistics as in 2020 the crude marriage rate was 3.1 marriages per 1000 Australian residents.  This is the lowest rate ever recorded. There was a decline in marriages in the 2020 year by 30% from the 2019 year and it seems that the community’s hassles with Covid prevented many couples from tying the knot.

Marriage numbers have not risen since the early 1970s even though there has been a doubling in size of our population.  The report states that “The fall in the marriage rate over the last half century has been influenced by a range of demographic and social changes, including extended time in pursuing education beyond Year 12 with increasing demands for a skilled workforce; increased labour force participation of women, especially mothers; the availability of the pill, which enabled a disconnection between marriage and childbearing; the rise in cohabitation, and a change in attitudes towards marriage.”

It shouldn’t come as a surprise that most couples now live together before getting married and this has greatly increased since the mid-1970s.   When de facto couples made it to the altar or registry office in the mid-70s to marry they were probably roasted at the reception by groomsman in wide lapels with sideburns reading telegrams on yellow paper and making references to the couples “trying before buying”. In 1975 only 16% of marriages had been preceded by cohabitation. By 2017 this figure had increased to 81% of couples. Changes are constant.

Rather than give you details of the divorce rates in 2020 and spoil February’s Valentine’s Day party I urge you to all charge your glasses and toast the 78,989 happy couples who beat Covid and married in 2020. Hip Hip…

Liability limited by a scheme approved under Professional Standard Legislation 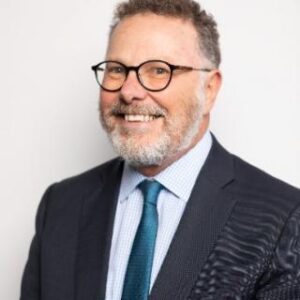 PrevPreviousMarriage: it’s the beginning, but is it also the end?
NextWill you help break the bias?Next