Granddaughter’s Challenge to Will Fails

On 21 June 2022, the NSW Court of Appeal delivered judgment in the matter of Chisak v Presot [2022] NSWCA 100 in which a granddaughter’s claim that her grandmother lacked testamentary capacity to make a Will failed. Her alternative claim, seeking a family provision order, also failed.

Ivy Chisak, was the granddaughter of the late Lily Savransky who died on 8 September 2017, aged 87 years. Ivy’s mother was the deceased’s only child.

Ivy’s mother passed away in September 1996 when Ivy was an infant. Ivy lived with her father. Her evidence was that she stayed with the deceased for about one month when she was five years of age and stayed her with grandmother for periods of about three weeks to about a month at a time on three or four occasions between 2000 and 2003. Ivy’s evidence was that she did not see her grandmother after 2003 and alleged that was as a result of her father’s conduct. Ivy had telephone contact with her grandmother from 2003 until 2007, after which all contact ceased.

Lily’s last Will was made on 26 April 2017 (the 2017 Will) in which she left the whole of her estate, comprising primarily of her home in Lidcombe, to four friends and Ivy in equal one fifth shares. Ivy’s 20% share would have yielded approximately $175,000.00.

Lily had made an earlier Will in 2009 in which she left almost her entire estate to Ivy.

Ivy was not happy with her distribution under the 2017 Will and brought Supreme Court proceedings to challenge the Will on the following bases:

The case was heard by Hallen J in the Supreme Court and the first instance decision was delivered on 27 May 2021. Ivy filed an appeal with the NSW Court of Appeal

Ivy argued that a stroke suffered by Lily on 16 March 2017 resulted in her grandmother not having testamentary capacity to make her 2017 Will.

The medical evidence before the Court was that as a result of the stroke, Lily suffered from aphasia, a condition causing damage to the part of the brain responsible for language. Ivy relied upon expert evidence from a psychiatrist that Lily’s depressed mood would have affected her ability to decide upon the beneficiaries of her estate. Justice Hallen accepted the evidence of a geriaction, Associate Professor Rosenfeld, that Lily’s language ability had improved by the time she gave instructions for the 2017 Will in circumstances where those instructions were relatively straightforward.

The primary judge accepted that the Solicitor was entitled to conclude that the deceased wanted to divide her estate equally between Ivy and her four close friends.

On appeal, Ivy was unsuccessful in challenging the 2017 Will on the basis of testamentary capacity. The Court of Appeal rejected Ivy’s argument that the primary judge did not give reasons for preferring the evidence of Associate Professor Rosenfeld to that of Ivy’s Doctor. The Court noted that Associate Professor Rosenfeld’s extensive expertise as a geriatrician, specialising in assessment diagnosis and management of cognitive dysfunction and dementia, was significant compared to Ivy’s Doctor’s expertise as a psychiatrist.

In the first instance decision, Ivy failed to establish that she was an eligible person under the Succession Act. However, the trial judge went on to determine if Ivy was able to establish herself as an eligible person, whether she would have received an additional benefit. The trial judge determined that a legacy of $175,000.00 was substantial for a grandchild in the circumstances of this case and would have provided her with a reasonable deposit for a home. Ivy therefore failed in the family provision claim at first instance.

On appeal, Ivy did have some limited success in relation to the family provision claim. The Court of Appeal considered that Ivy was an eligible person under section 57(1)(e) of the Succession Act 2006 (NSW) to bring a claim.

The Court of Appeal determined on the question of whether a grandchild is an eligible applicant, the issue is whether for a particular time, the grandchild was wholly or partly dependent on his or her grandparent. In this case, the Court determined that it could be inferred that during Ivy’s visits with her grandmother, that her grandmother assumed parental responsibility for Ivy, who was then a very young girl. For those particular periods, Ivy was dependent on her grandmother. Even though that dependence for a few weeks or a month on two, three, or four occasions could be regarded as minimal and notwithstanding that Ivy remained dependant on her father, she was partly dependant upon her grandmother for particular periods of time in which she stayed with her. Ivy therefore passed the threshold of establishing that she was an eligible person.

However, the Court did not identify any error that would attract appellate intervention with the primary judge’s findings that a 20% share of the estate was adequate provision for Ivy’s maintenance, education and/or advancement in life.

If there is a challenge to a Will based on an alleged lack of testamentary capacity, it is imperative to have medical evidence from a geriatrician and/or neurologist in relation to the testator’s mental capacity. In addition, evidence from the Solicitor who made the Will together with treating medical experts is likely to be given significant consideration by the Courts. This case demonstrates the importance of solicitors keeping notes and records where testamentary capacity may be challenged for evidential purposes.

In relation to family provision claims, the Court of Appeal’s reasoning in relation to partial dependency by a grandchild is of assistance to those considering claims in this area. If a grandchild cannot establish the threshold issue of dependent, then they are not eligible to bring a claim. 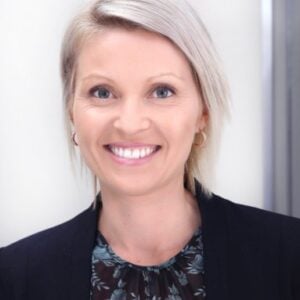