A Self -Managed Superannuation Fund must comply with the law or risk significant tax consequences.  Section 17A (3) Superannuation Industry (Supervision) Act 1993 (Cth) (SIS Act) provides that a legal personal representative (LPR) of a member can replace a member who lacks legal capacity or who has died.  This ensures that an SMSF remains a complying fund.  In blended family situations, the identity of the replacement trustee can be critical.   In a recent case of Dawson v Dawson [2019] NSWSC 826 the SMSF became embroiled in litigation.

In that case, a husband and his second wife were members of the fund.  They separated.   The husband had appointed his son from his first marriage as his Attorney under an enduring power of attorney.   The wife commenced family law proceedings. The husband was found to lack legal capacity and the son acted as his case guardian.  The case settled and consent orders provided for a division of the assets held in the SMSF fund and for this purpose a deed implemented a change of trustee. It removed the husband as trustee and replaced the son as trustee.  Subsequently the husband died.

The executor of the husband’s estate was not his son but his son-in-law.  The accountant acting for the SMSF determined that the executor as LPR should replace the son as trustee.   He arranged for a deed to be executed to this effect. The son refused to sign the deed and resisted his removal.

Was the son validly appointed?

Judge Henry held the son had been validly appointed trustee pursuant to the power of attorney in respect of the member.  Whilst the enduring power of attorney terminated on the death of the husband, the Judge found that this did not affect the son’s status as trustee.  He had been validly appointed in his personal capacity.  Nothing in the Trust Deed provided that the appointment of the son was limited in anyway (ie that it should cease when his Power of Attorney terminated or the member died).  Under the Trust Deed a trustee could be appointed to fill a vacancy due to lack of capacity and this is what had occurred.

Was the SMSF a complying one member fund on the death of the husband?

The executor argued that he should replace the son as trustee of the SMSF on the basis that a member does not cease to be a member until death benefits are paid out.  As a consequence, the fund was still a 2 member fund. Judge Henry accepted that pursuant to s17A (1), 17A(3) and s17A(4) SIS Act, if the fund had remained a two member fund then it was necessary to appoint the executor as trustee. The Judge noted, however, that whilst 17A(3)(a) of the SIS Act permits the executor, as the LPR of the husband’s estate, to be appointed a trustee, the provision is permissive only.   It does not mandate that a LPR be appointed a trustee in place of a deceased member nor did it mean that the LPR automatically became a trustee of the fund following the husband’s death, irrespective of whether the Fund was a two or one-member fund.  As an aside, Judge Henry commented that in accordance with the Trust Deed, the son could easily have been removed from office as trustee by notice in writing from the members. However, this had not happened in this case.

Although the Judge did not strictly have to decide the matter, he stated that he was inclined to the view that the fund had not yet transitioned to a one member fund.  He acknowledged that there were authorities to the contrary. However, he took the view that the Trust Deed provided that membership of the Fund ceased when benefits were paid out but did not state that membership ceased upon a member’s death and the SIS Act, for example, does not define a member as a living member.  As a result, if the son had remained as trustee for more than 6 months, the Judge commented that the parties would need to grapple with the problem that the SMSF may have ceased to have been compliant 6 months from the husband’s death.

Lessons to be learned

This case highlights the importance of the terms of the SMSF Trust Deed and the procedures used to replace trustees.  It reminds lawyers engaged in estate planning to ensure, where possible, that the role of attorney and executor are not held by persons likely to be in conflict so as to cause difficulties in the management of the SMSF. Family lawyers also need to be aware of the basis upon which a trustee is being replaced in a situation where a party to the marriage has not died but has become incapacitated. – Further, when drafting the relevant Trust Deeds some care needs to be taken to explain the legal basis for the replacement and to limit the role. 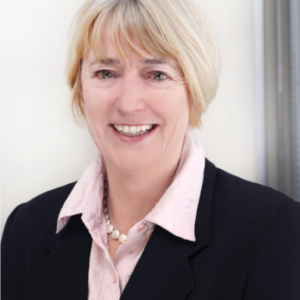